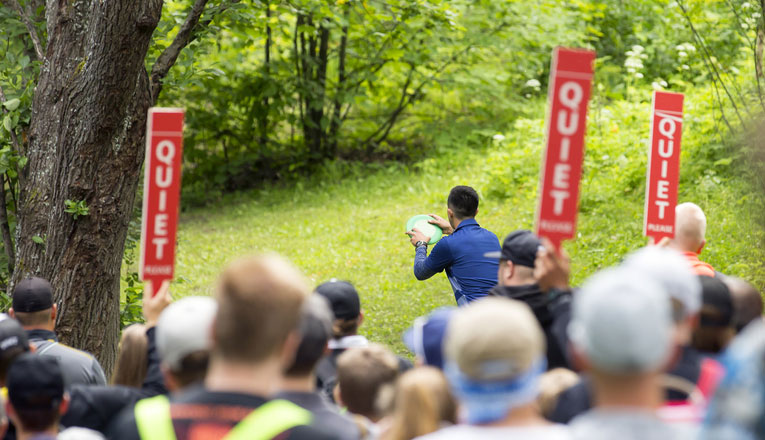 Over the past two years,  disc golf and professional disc golfers salaries have grown at incredible rates. By metrics such as the number of PDGA members, tournament views, and disc sales, the number of people playing disc golf is more than double of what it was before Covid19. With a bigger fanbase, the top professional disc golfers are able to earn substantially more than they ever did before.

With modern day social media and Youtube tournament coverage, professional disc golfers can not only scrape by, but can make a really good living for themselves.  Top pros now make substantially more from their sponsorship deals than they do from winning major tournaments.

So, how much money do pro disc golfers make? Is it possible for me to make a living playing disc golf?

There are at least a dozen professional disc golfers who have six digit incomes — just from their sponsorship deals. Two of these players make more than a million dollars a year.  Pro player sponsorship earnings are primarily based on the players worth to the brand they represent. Pros likeableness, personal brand, and social media following are often worth more to a company than simply winning tournaments. From our research, these are the top disc golf earners and their approximate sponsorship salaries:

Note. Most disc golf contracts are not made public and rely on certain bonuses for wins and product sales. The numbers included here are estimates only for information purposes.

It’s interesting that the top earners are not necessarily the best disc golfers.

When it comes to disc golf earnings, Paul McBeth set a new standard as to potential. As he is always a top five finisher and one of the top ranked players in the world, not only does he take home the first place purse more than anyone else, but his sponsorship deals and signature disc sales far surpass any other players.

Paul McBeth has his own signature disc line with Discraft that now includes 4 different molds. These are some of the most popular selling discs from the major disc golf retailers. It is rumored that he earns $4 for each disc sold, and that he sold more than 100,000 PM line discs last year. The PM disc line includes the following discs:

You will notice that these discs are more expensive than other molds of similar plastics, and you can probably guess where this extra money goes.

McBeth’s career tournament earnings total $491,130.09 as of July,29 2020. Dollar wise, he is the all time winningest player in disc golf history. In 2018, McBeth hit the jackpot. He signed a lucrative 4-year, $1 million dollar contract to be the spokesman of Discraft. To date, this is the biggest deal in disc golf history.

With Discraft’s 40-year anniversary in 2019, there move to lure Paul McBeth over to Team Discraft appears to be paying off. Not only is Discraft now the undisputed #2 manufacturer of disc golf equipment, but you can expect McBeth to make 7 figures a year for the next decade by simply playing disc golf.

Discraft is not the only brand backing McBeth.  Time will only tell, as to what other companies may hop on board the McBeth train.

Right after Paul McBeth, in the male rankings, is Richard Wysocki. As the greatest nemesis to Mr. McBeth, Wysocki has had a storied career himself. At the writing of this article, Wysocki is currently the #1 rated disc golfer in the world.

Ricky was sponsored by Latitude 64 from 2015-2018 where he one two World Championships. When McBeth left Innova for Discraft, Wysocki took over the number one sponsorship spot at Innova. This past off season Dynamic Discs swooped in offering him his current 1 Million per year contract plus a $250,000 sign in bonus (paid in bitcoin).

Paul McBeth and Ricky Wysocki have the perfect combination of arguably being the best, and having a huge social media presence and fan following. This is what makes these two the million dollar men. Paige Pierce is clearly the best female disc golfer in the world which puts her in a class of her own. 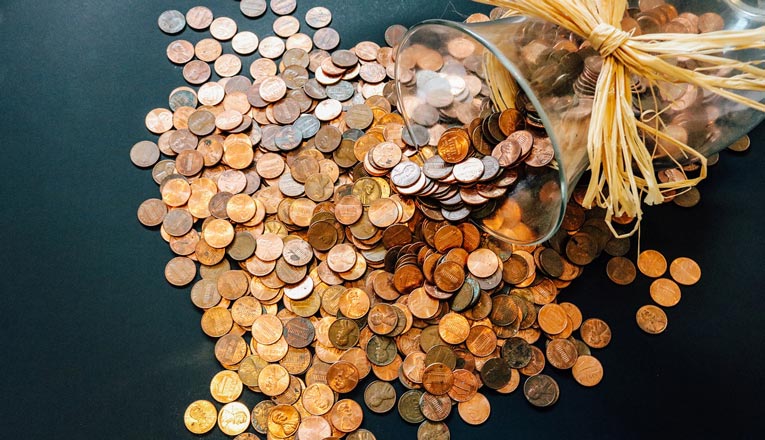 While Paul McBeth and Ricky Wysocky are millionaires from playing disc golf, there are several other players who make comfortable livings.

Pierce is the “Paul McBeth” of women’s disc golf. She absolutely dominates the Female Pro Open Division. Like McBeth, she also signed a lucrative deal with Discraft and is growing her own signature line of PP discs. It’s estimated that she makes more than a half million dollars a year from her disc line sales and bonuses.

Besides the fact that he doesn’t have any World Championship and very few major tournament wins, Simon is likely one of the top earning professional disc golfers. He is a consistent top 10 finisher, and has career tournament earnings of more than $150,000.

Simon’s major asset, is his likable personality and showmanship. Simon is arguably the most entertaining person in disc golf and has a social media following that rivals McBeth.   His YouTube videos get thousands of views and are able to bring home a decent monthly income from YouTube ad revenue. Give him a follow!

Simon has a healthy sponsorship deal with Discmania and his signature discs consistently sell out. Between his various revenue streams, I would estimate that Simon will make close to half a million from disc golf in 2022.

Eagle was the Discmania Prodigy and sidekick of Simon Lizotte. Not only does he throw incredibly far, but his skills on the course put him right up there with McBeth and Wysocki. It won’t be surprising at all to see McMahan as the #1 rated disc golfer in 2022.

Drew Gibson’s is able to maximize his sponsorship value by partnering with multiple brands. He is the biggest name representing Infinite Discs and EV7. Drew has signature discs with a variety of different disc golf manufacturers and makes a portion of all EV-7 disc sales. His biggest revenue potential comes from his new Finish Line Discs brand. Depending on the success of this new line of discs, which has not even released yet at the time of this writing, Drew has potential to make millions of dollars over his lifetime.

Kona Panis is only the 10th rated female player in the world, but arguably has the best social media presence in all of disc golf. Her skills as a great marketer lured Dynamic Discs into offering her the big bucks of at least a quarter million per year.

Currently, Sarah Hokom is the #3 ranked female disc golfer in the world. She was the 2012 World Champion and is a 2-time US Women’s Champion.

Sarah has career earnings of $190,000, and she really knows how to compete for the big bucks. Hokom signed a lucrative deal with MVP disc sports in 2020 where she is that manufacturers most high profile female player.

A professional since 2008, Hokom got her start in Caldwell, Idaho, where she dominated the state’s disc courses. With 95 career wins, you can expect Hokom’s strong forehand game to continue to land her on top of the prize podium.

Matt Orum is the prime example of a professional disc golfer who makes money playing disc golf, but is by no means ultra wealthy. Orum is consistently a top 10 finisher and it’s estimated that his new contract with Westside will pay him $125,000 per year.

In the past, Orum was primarily a regional player where he mostly stayed home in the South. With the big money that disc golf can now pay, we expect to see Orum much more on DGPT featured cards in 2022.

For years Eric Oakley was the face of Dynamic Discs. He is not one of the top disc golfers in the world, but has a huge social media following and online presence. This past off season he decided to maximize his online marketing skills for his own benefit and signed with Infinite Discs. Eric not only earns money from Infinite Discs, but is also able to be the top pro player for smaller disc manufacturers such as Thoughtspace Athletics and Kastaplast. Simply from his signature sales of all these discs Eric Oakley will be in the six digit income bracket in 2022.

Nate Sexton is still a good disc golfer, but makes the bulk of his money from massive sales of his high demand signature Color Glow Firebirds. Nate is the Innova Team captain and is most well known these days for his professional disc golf commentary. He has a likeable personality and this helps translate into demand for his big money Firebirds.

Where do pro earnings come from?

Pro earnings come from a variety of tournament payouts and sponsorship deals. For many pro players, the bulk of their income comes from the sale of fundraiser and signature discs. Professional disc golfers generally receive $2-$5 for each signature disc sold. You can support these players by purchasing their fundraiser tour series discs.

Companies like Innova, pay their professional players bonus’s for winning tournaments while representing their brand. The bigger the event, the more money they get. A sponsored pro may get an additional $500 from their bonus for winning a PDGA sanctioned B Tier event, $1000 for winning an A tier, and up to $10,000 for winning a National Tour event.

Some sponsors like Latitude 64 and Dynamic Discs pay their team members salaries. Depending on their skill and value to the company, lower tier sponsored players, those not listed above, make between $1,000 – $5,000 per month. Some sponsored pros simply get tournament registration fees paid for or gas reimbursements as their sponsorship deals.

Compared with traditional ball golf, the actual payout for tournament winnings is diminutive. The first prize purse for the average Pro Tour event in 2019 was $3,421.36. This may seem like a good amount of money for a weekend of fun, but remember, this is payment for a full time job — and pro disc golfers usually only play 15-25 tournaments per year. Unless your name is Paul McBeth, your chance of finishing first at a major disc golf tournament is pretty slim. After the first place purse, the payout amount dramatically decreases for each additional finishing place. 40th place at Disc Golf Pro Tour events in 2019 earned an average of just $364.10.

The list below shows the top prize payout in 2019. Most 2022 tournaments will pay substantially more than this to the pros who play. 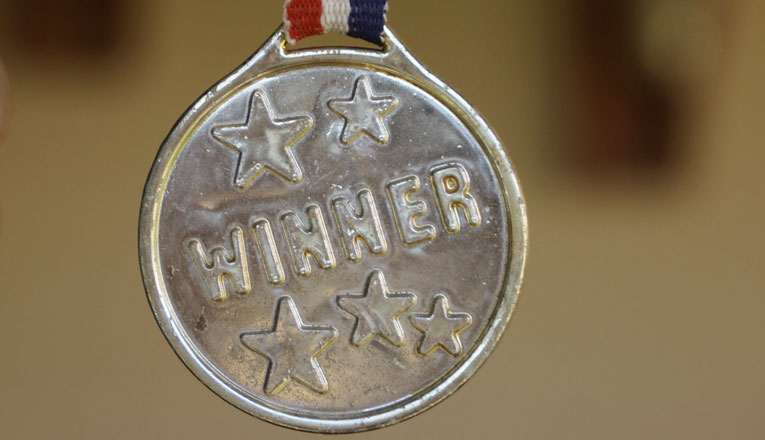 With the increase in media coverage and the growth of disc golf sales and sponsorship there is actually more money to be made through professional disc golf than ever before. Of course, not everyone is going to be sign a lucrative business contract like Paul McBeth and Ricky Wysocki, but if you can compete at a high level, you’ll be able to bring home some extra cash on any given weekend. If you have the disc golf skills and the social media following, disc golf companies may even be able to offer you a sponsorship spot.