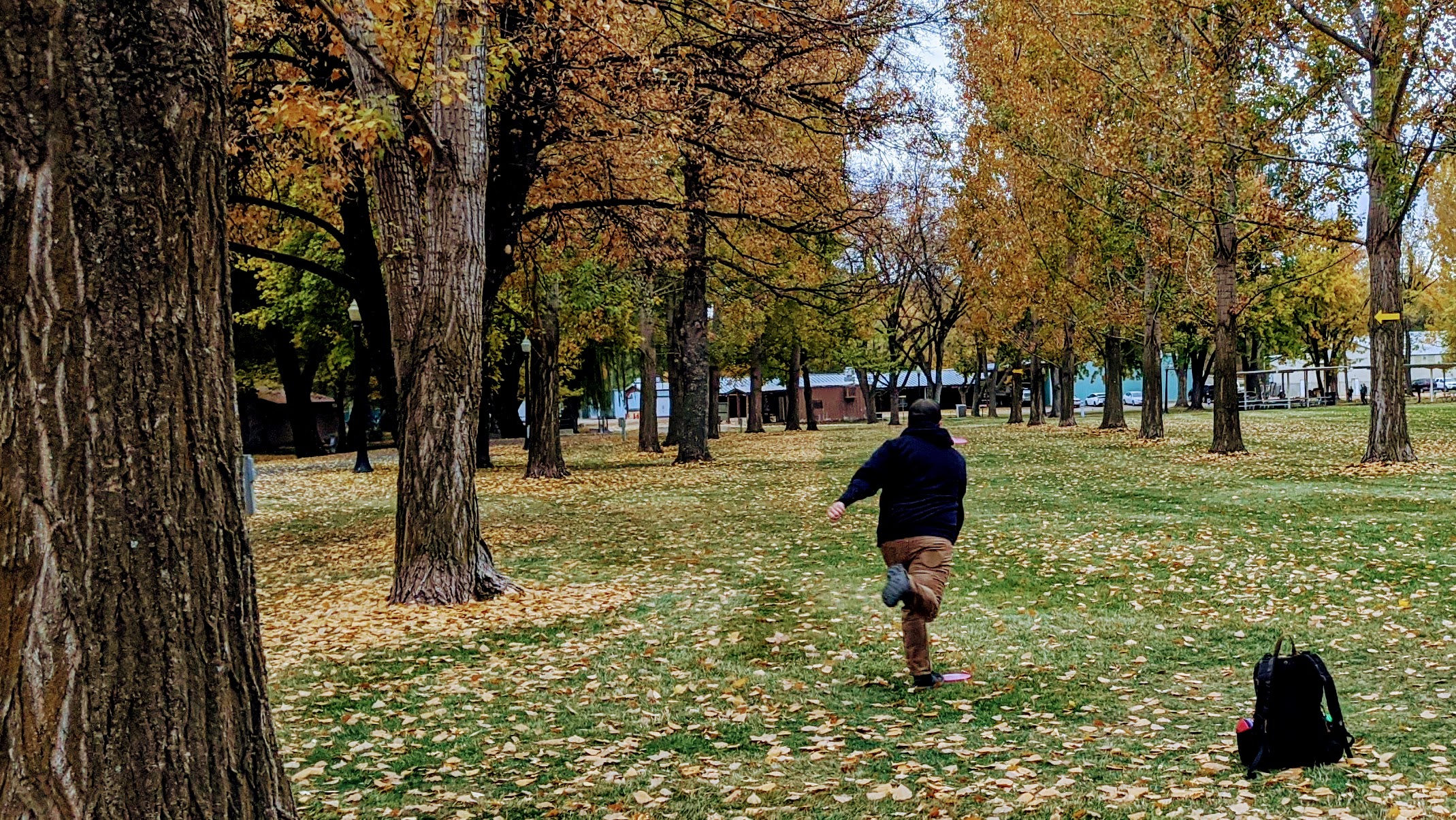 Transitioning from traditional frisbees to disc golf can be very frustrating for some players. It is because most disc golf discs do not fly straight.

While most golf discs fade hard at the end of the flight or turn hard creating an “S” curve flight path, some disc golf discs are straighter than others.

Hopefully, this will provide you with tips about flying your discs straight and let it serve as a buying guide for you to acquire the best straight flying disc golf discs.

The shape of the disc is what allows it to stay aloft and fly straight. With their blunt shallow rims, putters are able to stay straight much longer and more easily than any other kind of disc golf disc. Even the most overstable putter will have less end-of-flight fade than any high-speed driver.

While putters are the best at staying straight, some midrange discs also have the ability to fly perfectly straight without deviation. Mid range discs often have wider diameters which allows them to float in the air more while resisting both high-speed turn and fade.

Fairway drivers can fly mostly straight if they are understable enough and thrown correctly. In order to fly straight, fairway drivers must be released with a hyzer-flip throw. If thrown flat, an understable fairway driver will turn off to the right with an rhbh throw. But, when thrown at a hyzer release, instead of turning to the right the high-speed turn flipping motion flips the disc to flat and it is able to glide straight until the end of the flight. If thrown low enough, the disc will have only minimal fade as it slows to a stalling stop.

Due to the law of physics, distance drivers are almost impossible to keep completely straight. A distance driver in disc golf will always fade at the end of the flight, especially for beginners.

Now that you know the basics of disc flight and the ability to stay straight we will discuss our favorite straight flying golf discs. 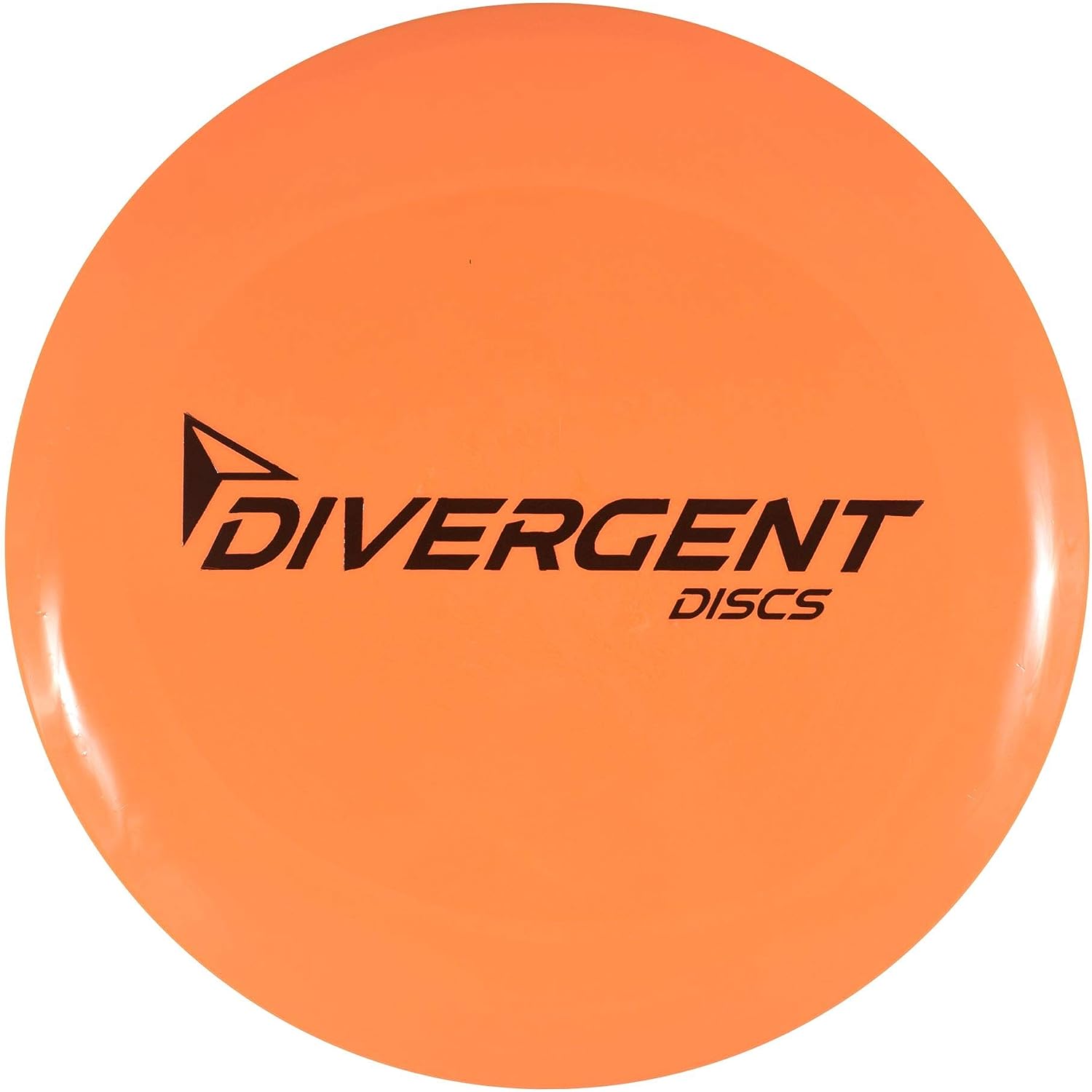 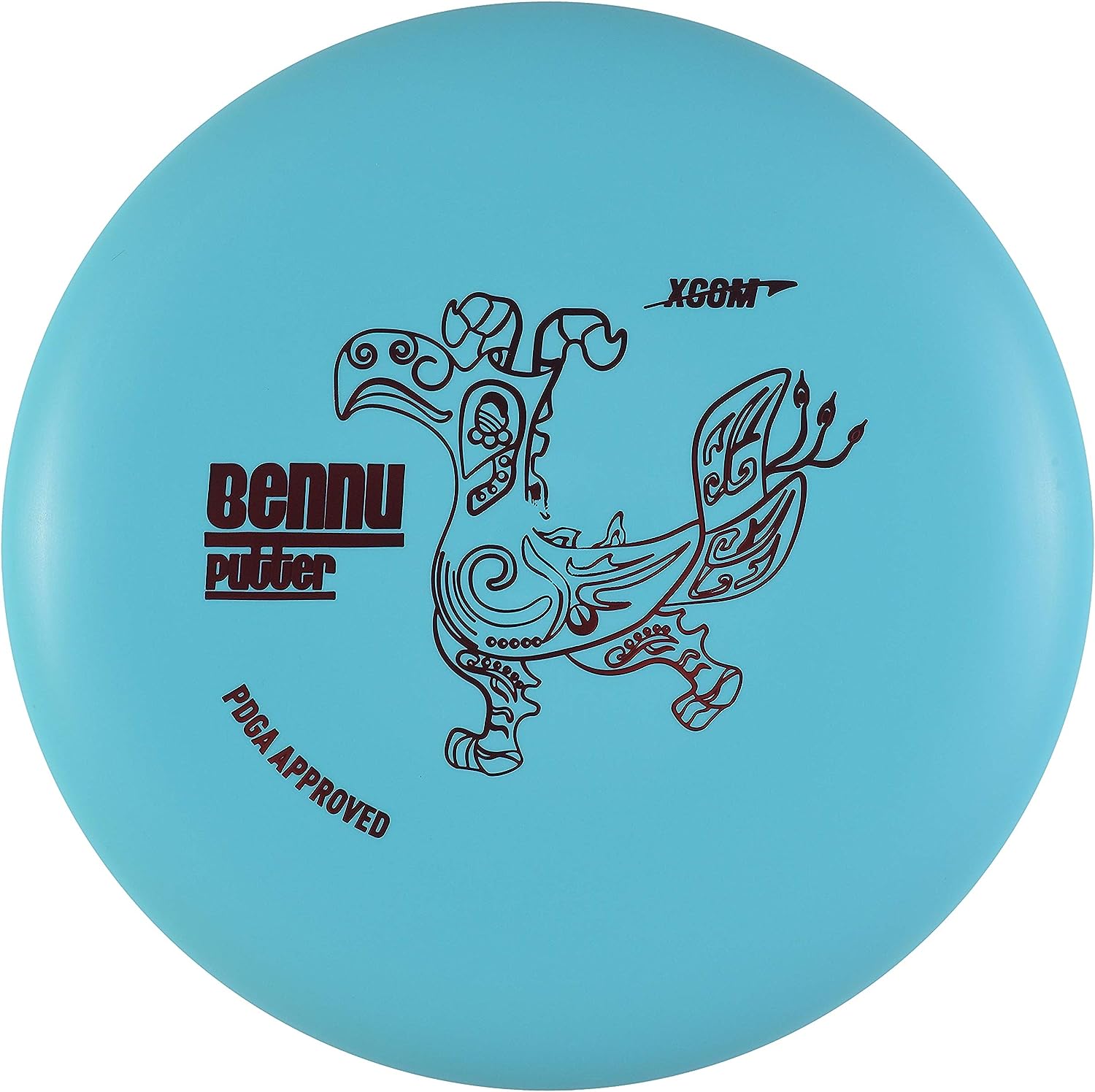 The Bennu is another disc from a lesser-known brand that I absolutely love. It has a great feel and flies oh so straight!

The Bennu is only available in a low-quality base plastic, so this disc will get beat in overtime and may get even straighter for low power throws. From what I’ve found so far, the Bennu is only available at 160grams, which isn’t ultralight but is a little bit lighter than most putt and approach discs. If this disc was a little bit heavier it would likely handle the wind better. 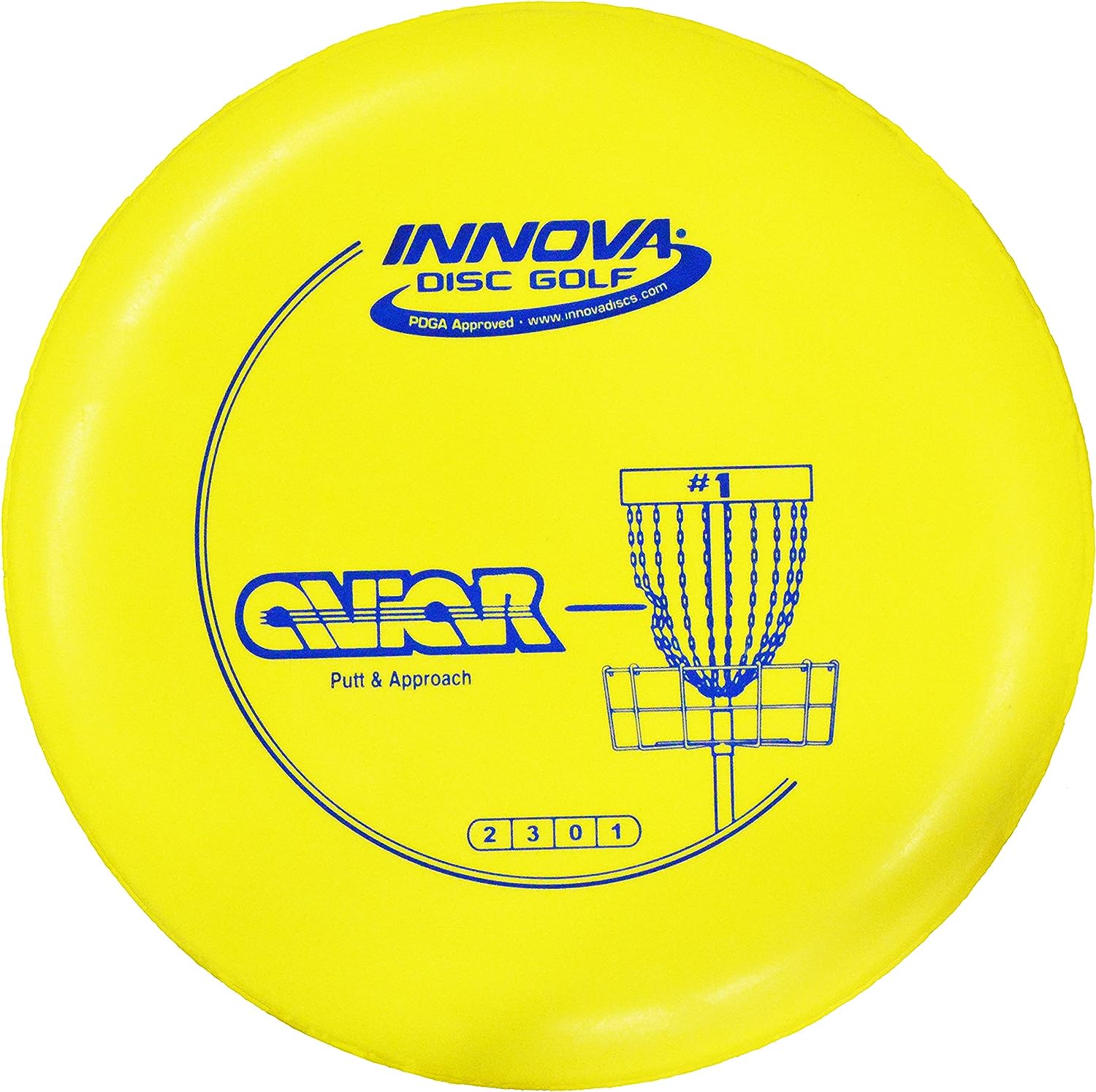 Check Price on Amazon Shop at Infinite Discs
This classic starter set disc is the number one putter in the world. It is great for putting and for any throw where you just want a straight flight path without the fade. Right out of the box it has a slight gradual putter-esque fade at the end of the flight, but once you hit a few trees and it gets beat in this is a straight flying beauty.

The Innova Aviar works well for players of all skill levels, including professional disc golfers. It is available in a variety of different plastics for all feels and preferences. The base DX plastic is the straightest flying plastic. The premium blends tend to have more overstability, can handle more torque, and don’t float forward at the end of the flight. 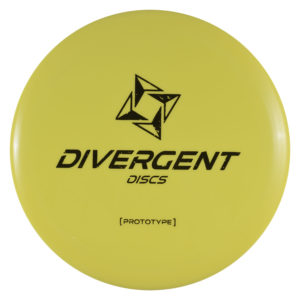 Check Price on Amazon Shop at Divergent Discs
While this disc is identified as a midrange, for brand new players the Leviathan will go very far. In many instances it will likely go farther (and stay straighter) than most disc golf drivers.

The Leviathan is actually very understandable and so power players will find that this disc will turn to the right on a backhand throw rather than stay straight. With moderate power, advanced players can achieve the dead straight flight path with a hyzer flip throw.

The Divergent Discs Ace plastic is an interesting one with a lot of grips. This added grip helps it to get more spin and therefore stay straight more easily. If you’re a newer disc golfer looking for a low cost but quality straight flying midrange, try the Leviathan. 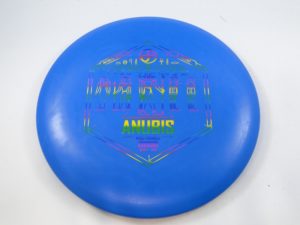 The thing I like best about the Anubis is that this disc can be a straight shooter for players of all skill levels based on the plastic-type. In the inexpensive, D-Blend plastic the Anubis is straight for even the newest disc golfers.

Get it in the I or C plastic and professional players can throw the Anubis on a straight line dime. The Infinite Anubis is very similar to the Innova Mako.

The Anubis is a wide diameter midrange which makes it an excellent choice for new disc golfers transitioning from ultimate frisbee. The wider profile helps this disc to stay straight while being resistant to high-speed turn and low-speed fade. 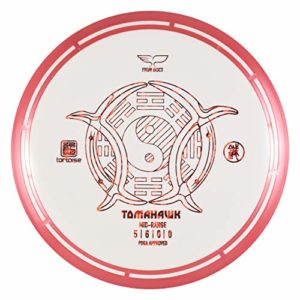 Check Price on Amazon Shop at Infinite Discs
Want a golf disc that flys like an Ultimate Frisbee? Look no further than the Tomahawk. With its understable flight path and double mold technology, the Tomahawk provides flight characteristics that can’t be matched.

This disc has pure 0/0 flight ratings for newer players. It won’t turn to the right or fade to the left. Advanced players find that the Tomahawk is actually quite understable, but when thrown with a hyzer release can be a straight flying force. 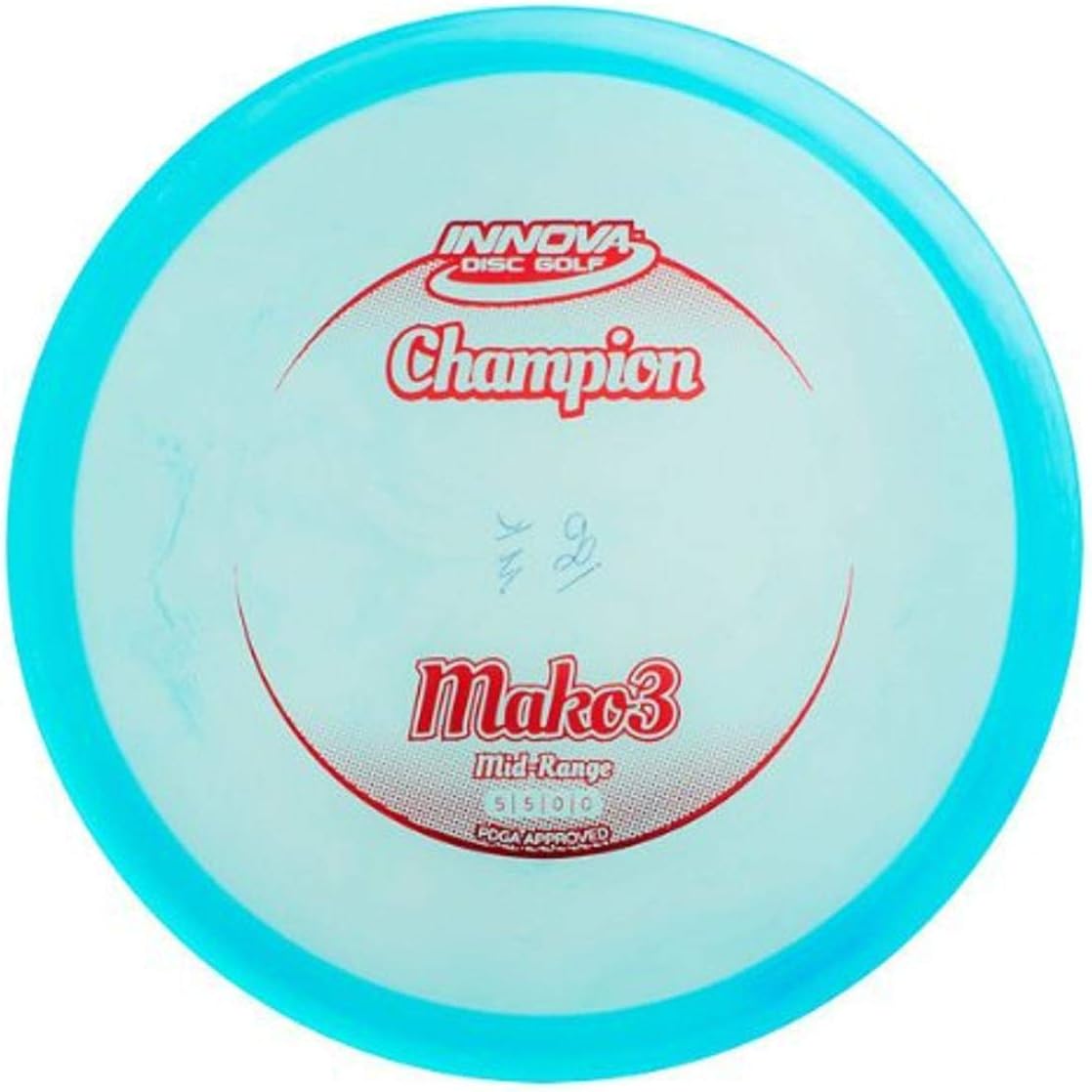 Check Price on Amazon Shop at Infinite Discs
The Mako3 is Innova’s fastest flying 0/0 disc golf disc. However, in order to get the no turn and no fade flight out of it, players need to have ample power. Beginners will find that the Mako has a slight degree of end of flight fade.

Intermediate and Advanced players rely on the Mako 3 for wooded courses and tunnel shots when they can’t error by being offline. Get enough speed and spin on a Mako 3 and you will see shots with a flight path that resembles a line. 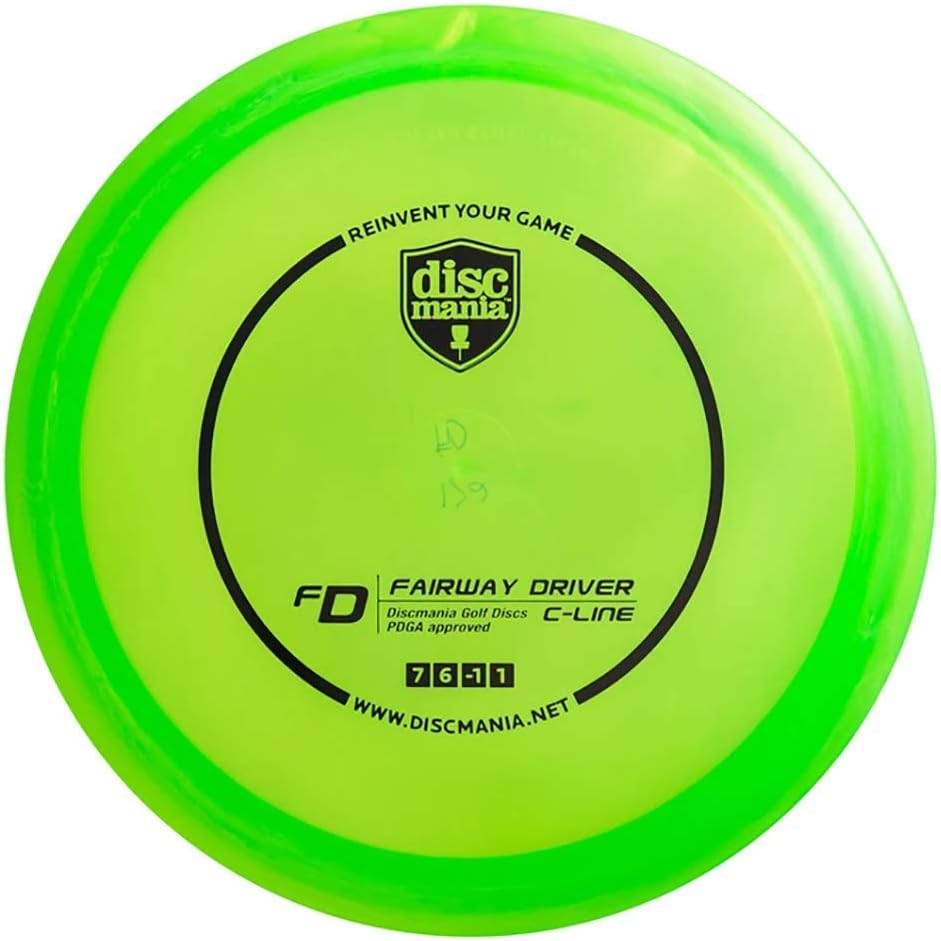 Check Price on Amazon Shop at Infinite Discs
One of the first driver I was ever able to get a dead straight flight path out of was the Discmania FD.

While this disc was moderately straight right out of the box, it didn’t acquire the “dead straight” flight path for me until after it had been beaten in for many rounds of disc golf.

Because this is a driver, it will likely not be straight for most beginners, but experienced players who have sufficient snap, speed, and consistent angle release will be able to get the FD to thread right down a tight fairway. 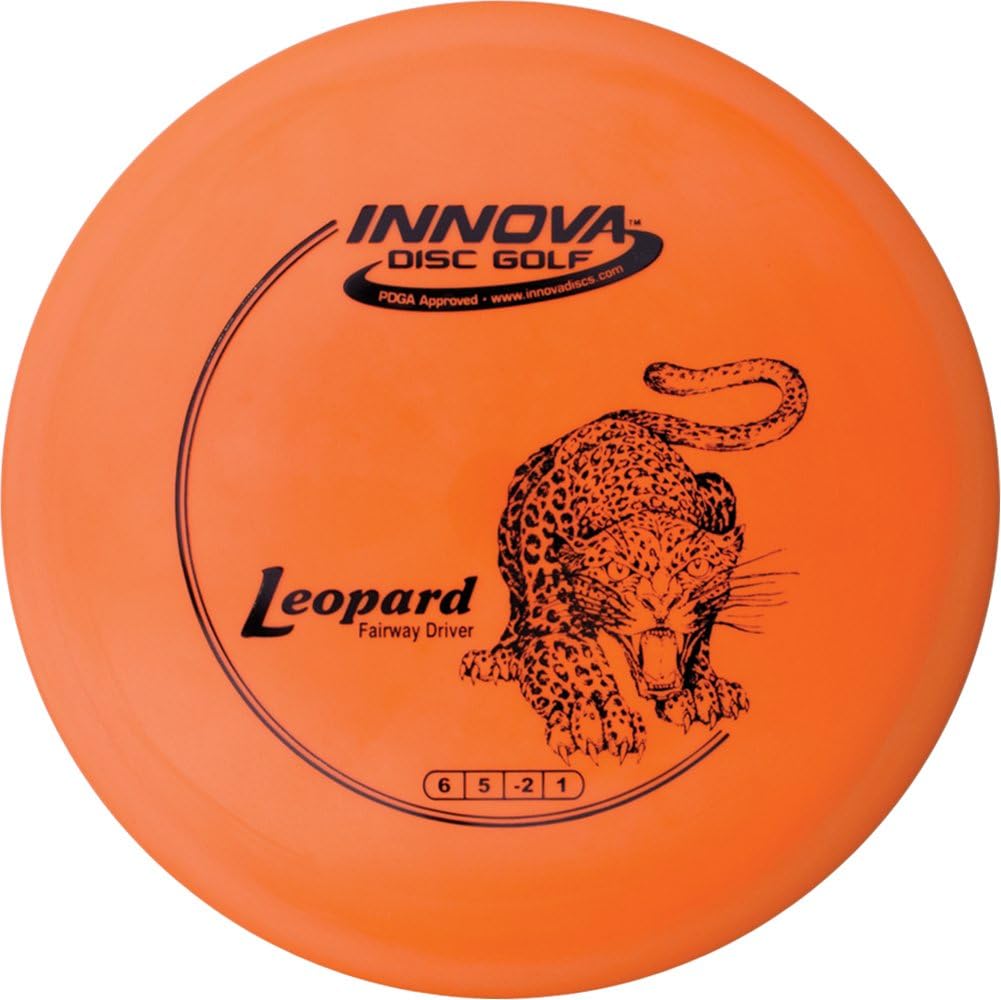 In higher weights and premium plastics, the Leopard and its brother the Leopard3 are great straight flyers for advanced players. Another nice thing about the Leopard is that it is not only available for sale online, but is also usually available at local sporting goods stores and disc golf shops. 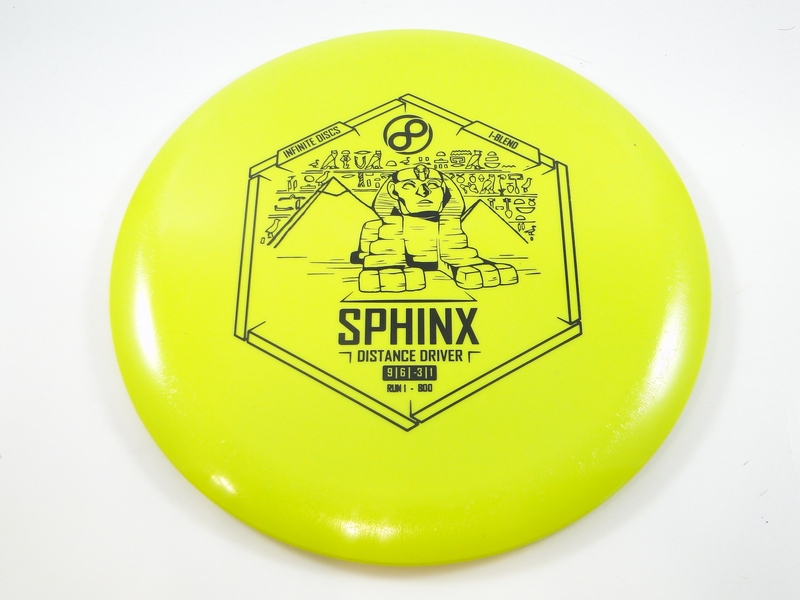 As a high-speed fairway driver, the Sphinx has a moderately thick rim which means at the end of the flight as the disc slows down it will have a tendency to fade out. It also has a relatively high degree of high-speed turn which means that it will easily turn with a powerful throw.

While it is difficult to get the dead straight flight path it is possible with just the right throw. When I throw an I-Blend Sphinx at about 75% power at a hyzer angle this disc will flip to flat and fly dead straight. I can get it up to about 350 feet. This is a truly beautiful feat to accomplish and it is wonderful to see a disc fly mostly straight for that far.

Tips to Help You Throw Straight

While discs that are straight flyers for backhand throws are usually also good for forehand throws, I find that I am able to keep slightly more overstable discs straight more easily with a flick shot. To help me keep discs more straight on sidearm shots, I prefer discs with flat tops. For forehand throws some of my favorite forehand discs include: