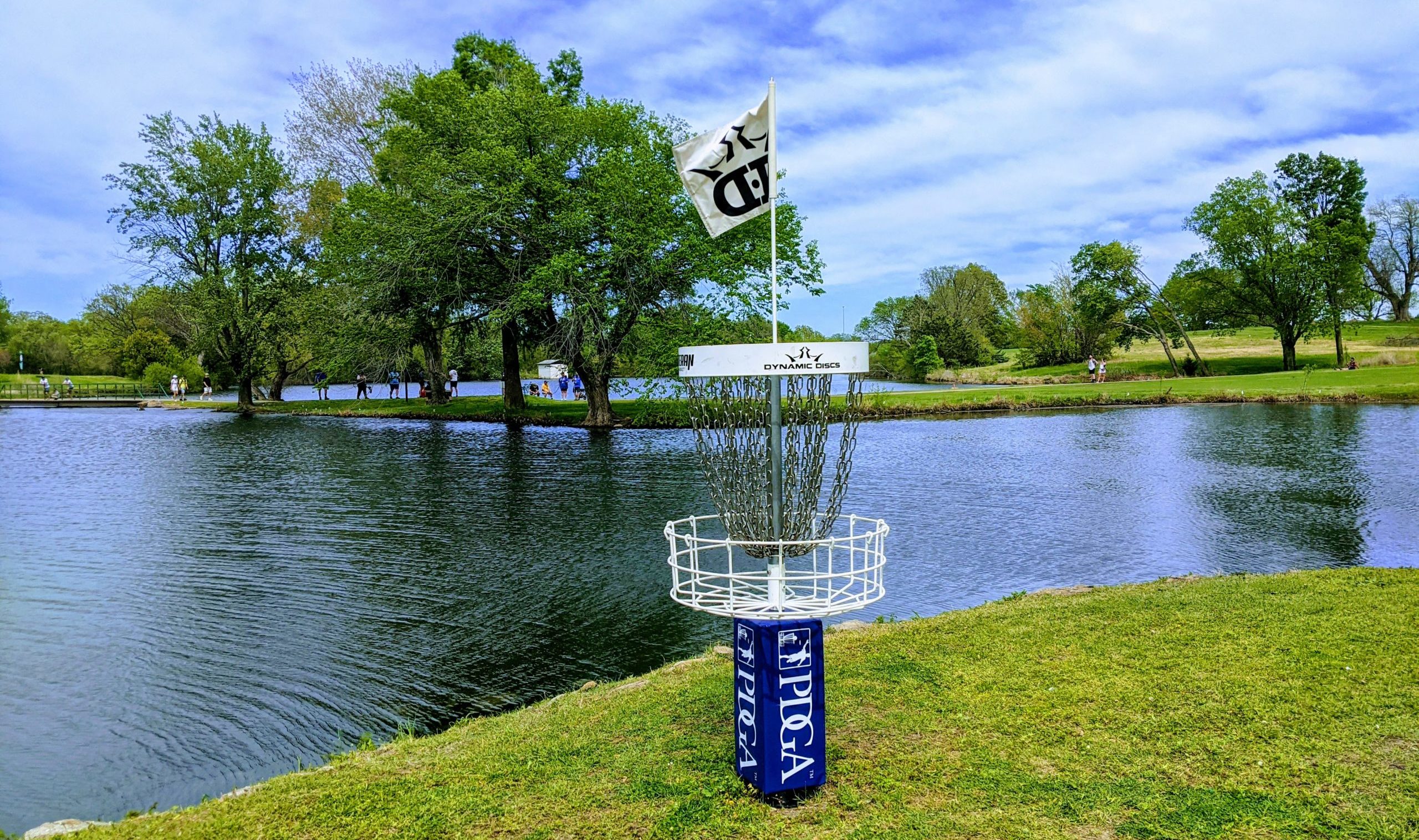 Disc golf rose quickly to popularity after it was first recognized as an organized sport in 1974. The game is fun and highly beneficial source of recreation for many people and even presents as a career opportunity for several professional players.

Even now, when we are well into the New Millennium, disc golf continues to be one of the fastest growing forms of recreation in the United States and around the world. Let’s find out how disc golf differs from golf and its benefits for the players.

Disc golf’s rules are based on traditional golf. Disc Golf and Golf both offer the same mental challenge and ability to get exercise and enjoy beautiful nature. Disc golf and golf both have professional players, tournaments, and leagues.

So what are the main differences?

For starters, traditional golf is far more expensive to pursue than disc golf. The reality is that golf has become a rich mans sport. You have to build an arsenal of golf clubs – your bag needs to have at least nine and at most 14 clubs in it when you play.

For golf, you also need to bring, and will likely lose many types of golf balls. Especially for courses with lots of water hazards. Things can get even more costly in the event that you decide to rent a cart.

Disc golf equipment, on the other hand, is inexpensive. A basic set of golf clubs will cost you a minimum of $250, while the starter pack for Frisbee golf can cost you less than $20. Most disc golf courses don’t require a greens fees while the average 18 hole round of golf costs more than $30!

Ball golf needs a specially developed course, that requires vast resources for maintenance. Disc golf courses are often located in the woods and public parks where very little additional maintenance is required. To install a disc golf course, the only required cost is investing in baskets, signage, and tee pads according to your specifications.

If you have the land, it also doesn’t cost much to develop a private disc golf course. Expenses can be in the thousands of dollars, while a ball golf club could cost millions to build and landscape.

Do to the mostly “free” nature of disc golf courses, it is not uncommon to see players carry only a handful of discs and run between holes. With the expensive and more structured culture of golf, this is not something you are likely to see. Players are far more likely to play alone in disc golf than they are in traditional golf.

Because of disc golfs faster speed of play, it is much easier to get in a quick round before work, during a lunch break, or after work. This also helps disc golf be more accessible for the working man. Far more traditional golfers are wealthy retired individuals.

Many golf courses now offer tee times for both disc golf and ball golf during non peak times. An 18 hole round of disc golf takes approximately the same time to play as nine holes of ball golf.

How Disc Golf is Played – An Overview

Disc golf involves tossing a Frisbee into specially designed baskets, referred to as “holes.” Each attempt to throw is referred to as a stroke, and the player who has the least number of strokes when he finishes with all holes is considered the winner.

Disc golf also incorporates landscape features it shares with ball golf. These include “out of bound” areas like waterways, clumps of trees, and public roads. Courses have fairways as well.

Both disc and golf requires specific techniques for hitting the ball or throwing the Frisbee. In disc golf, throwing requires a grip and a set of body movements to ensure the accuracy of the stroke. There are also leg positions that need to be followed relative to the tee area.

Disc golf gives the player many advantages. The five most important of these benefits are the following:

1. The game is inclusive

Its inexpensive nature makes the game open to virtually anybody who can afford to buy a set of Frisbee discs. Anyone who wishes to learn the art of throwing the Frisbee towards the desired direction will find disc golf to their liking. In fact, you can just join any game near you despite your skill level. You can simply acquire the skills along the way.

2. It exercises the entire body

There are rarely electric carts in disc golf. Everyone has to walk to their next lie, or the spot where your last throw landed your Frisbee. Because of that, players get a chance to work some sweat and exercise multiple muscle groups in the body. This too brings many incidental benefits like better heart health, improved balance and flexibility, heightened energy levels, and lower stress levels. 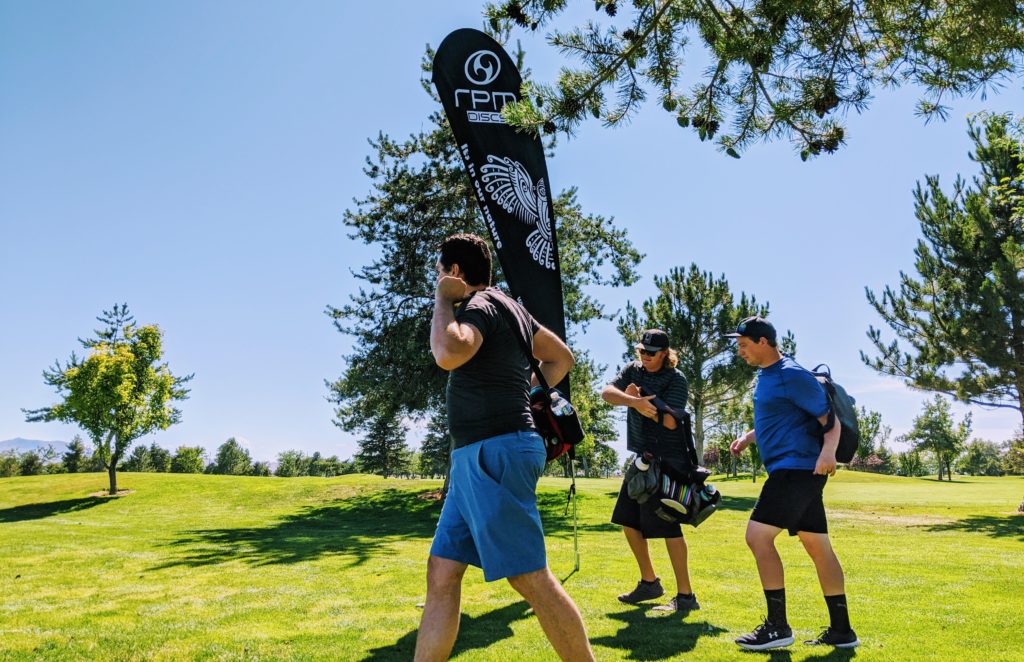 Golf games usually involve a closed group of friends or colleagues. The only time you could see large groups of people playing together is when there is a tournament on the golf course. Because of that, there is not much socialization going on at the public golf course.

Disc golf, on the other hand, attracts so many players. The culture is so much more relaxed. Players get the chance to bond even with total strangers over a game. This is a great avenue to nurture social skills. Most disc golfers build a new circle of friends just by joining disc golf leagues.

Disc golf is a great booster of mental and emotional health. Each game will leave you feeling good about yourself, thanks to the endorphins that exercise causes the brain to release. Sweating out also removes the lingering effects of stress by reducing cortisol levels in the blood. You’ll feel less anxious, angry or depressed the more you exercise.

There is also just something about being out in nature and manicured parks that makes you feel good.

Disc golf forces you to consider the angle for your throw, as well as the distance you’re aiming for, and apply that information with a stroke. This stimulates several areas of the brain responsible for problem-solving. Over time, you’ll notice that your analytical skills will improve with regular play.

It might even make you a smarter person. It provides the brain with an excellent challenge that it has to help you surmount.

If you are looking for some fun and recreation any time during the week, you should consider disc golf. It doesn’t require any special skills and is also very easy to learn. You don’t have to spend a lot of money to build a basic Frisbee golf set, nor do you have to pay expensive fees to actually play a game.